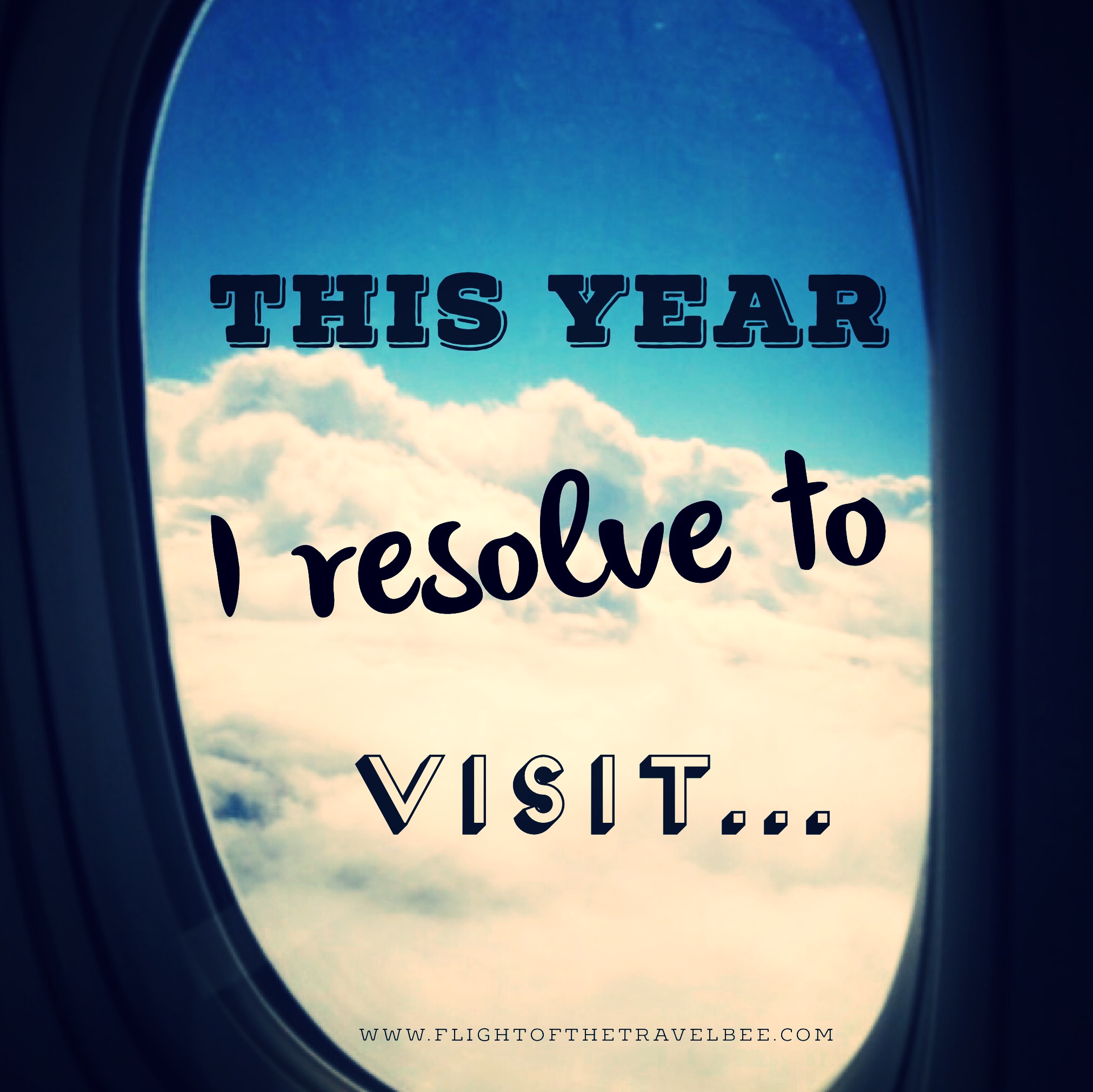 Each year I try to create a list of the top countries or places I want to visit.  Last year, I was fortunate to cross off  Spain, Thailand, and Wales from my list.  This year, I resolve to visit a few new countries with some goals in mind.  Creating a list like this allows me to plan out the year, and it is a fun way to narrow down the huge list of countries from my travel wish list. 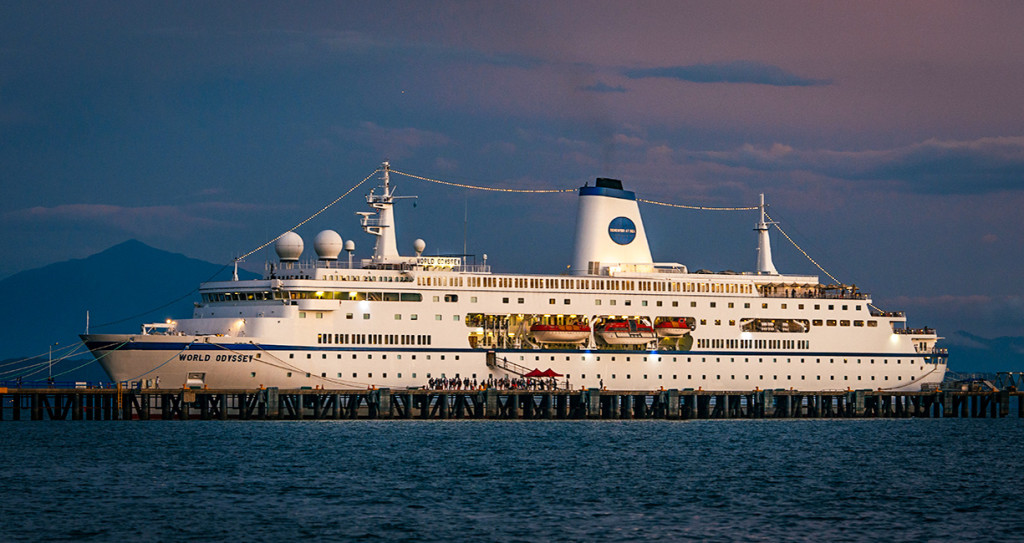 I miss the lull of the ship swaying back and forth, rocking me to sleep. I would love to get back on a ship, whether it’s a weekend journey, or a short stint on Semester at Sea’s new ship, MV World Odyssey.  I must have seafarer’s blood running through my veins,  as life at sea is incredibly alluring to me. I even lived on a ship for almost four months, and loved every minute of it. Cruises get a lot of flak in the travel community, marking it as cliché. But honestly, sometimes planning out every minutiae  detail can take it’s toll on travelers. There are so many factors you have to think of, and long travel days can be grueling in between countries. Which is why I feel sometimes people just need a break, to let someone else “take the wheel”, so to speak. This is a way to travel without having to think so much, and allows you to indulge in all of the amenities ships have to offer.

After all, it was Mark Twain who once said “Twenty years from now, you will be more disappointed by the things you didn’t do than those you did. So throw off the bowlines. Sail away from safe harbor. Catch the wind in your sails. Explore. Dream. Discover.”

Have you ever been on a cruise line? Any favorites that I should check out this year?  Anchors Aweigh!

One of the first books I bought on my new Kindle was Bill Bryson’s In a Sunburned Country; a tale of his journey throughout the continent.  Shamefully, I didn’t know much about Australia, so reading Bryson has enlightened me to the vast majority of Australia that is waiting to be discovered. Australia has been on my travel list for a long time now; in fact my aunt and uncle lived in Alice Springs for about 3 years, but alas I never made it out there to visit in time before they moved back home.  In addition,  Aussie on the Road wrote several fantastic pieces, such as “The Definitive Aussie Bucket List: 50 things to do in Australia” highlighting things to do in his home country that will make any readers want to pack up their bags and fly to a sunburned country. 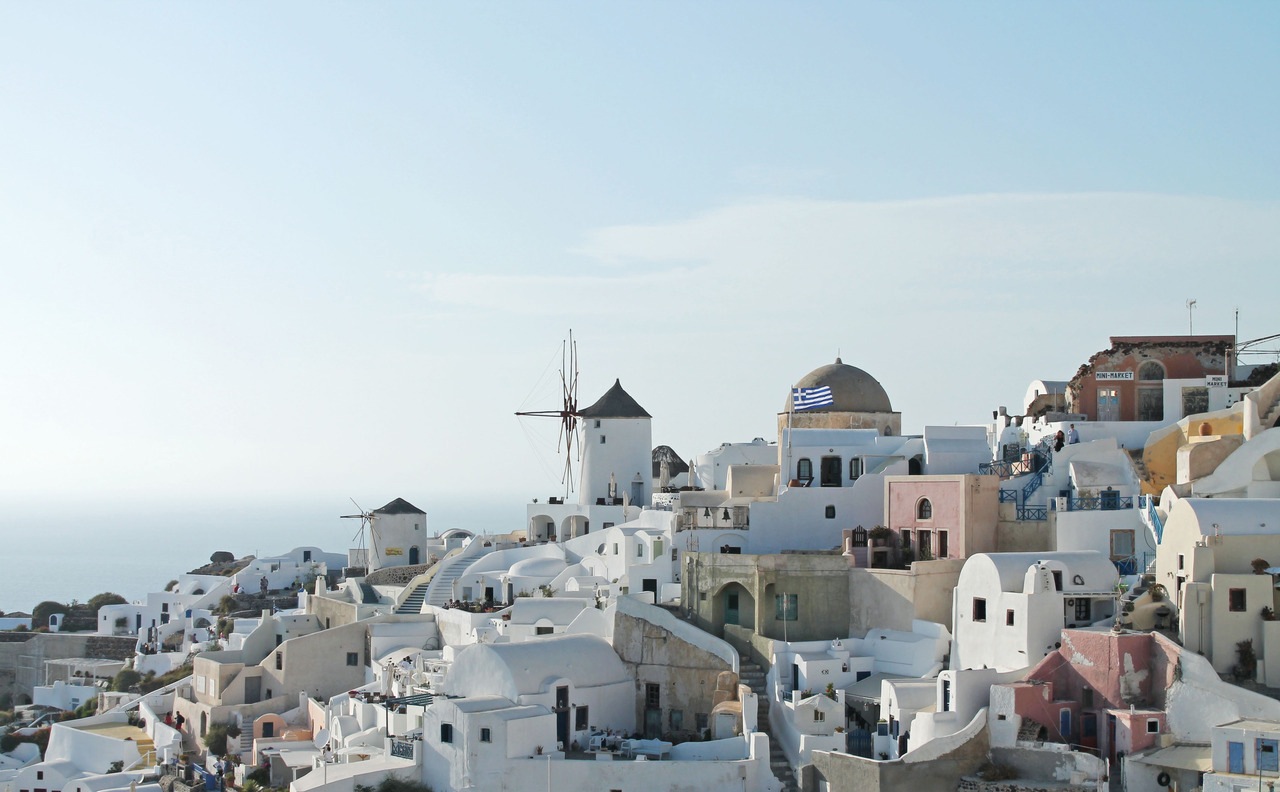 Greece has long been on the top of my travel wish list, with its iconic whitewashed buildings, blue doors, and azure seas. It’s been a dream of mine to take a stroll through an olive orchard, and sample some of the fresh-squeezed oils from the barrels. Just basking in the idle sun, going from one historical location to the next.  With the Acropolis towering over me, I would love to set foot where famous astronomers and philosophers once stood, contemplating the stars.

Sailing around the Greek Isles just sounds so sublime. I would love to feel the breeze, to float along the water from one island to the next, while watching a sunset. Oh it sounds so good to me.

Sailing around the greek island just sounds so sublime to me,  which is no surprise as I love the sea. I would love to feel the breeze, to just float along the water from one island to the next all the while watching the sunset.  Unfortunately the Greek economy suffered a setback recently, despite the financial crisis – it makes more sense to boost the economy by visiting. I’ll gladly exchange my dollars into Euros, if it meant that I could eat olives, sip wine, stroll idly by on the greek islands. 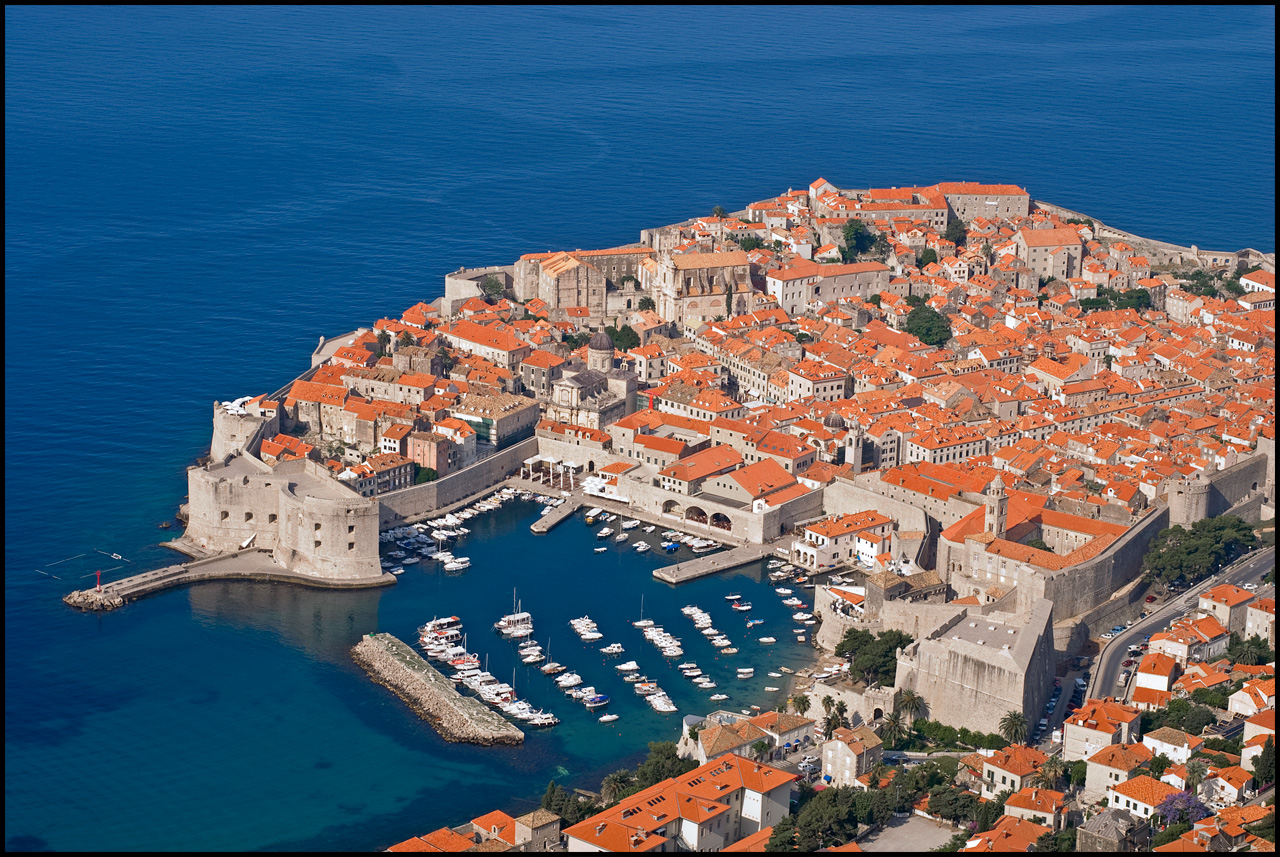 King’s Landing – err – Croatia, is also on my list.  Any self-professed fan of HBO’s Game of Thrones will recognize the background of King’s Landing (aka Dubrovnik, Croatia). I admit I don’t know much about the country itself, but photos recently have been popping up on my social media feeds. With its beautiful cobblestone streets, old medieval walls, and spectacular  ocean vistas, it’s easy to see why they chose this location to film. My ideal trip would be to travel from Zagreb to the Dalmatian Coast, as well as Dubrovnik itself.

Who else is stoked for season 6?! 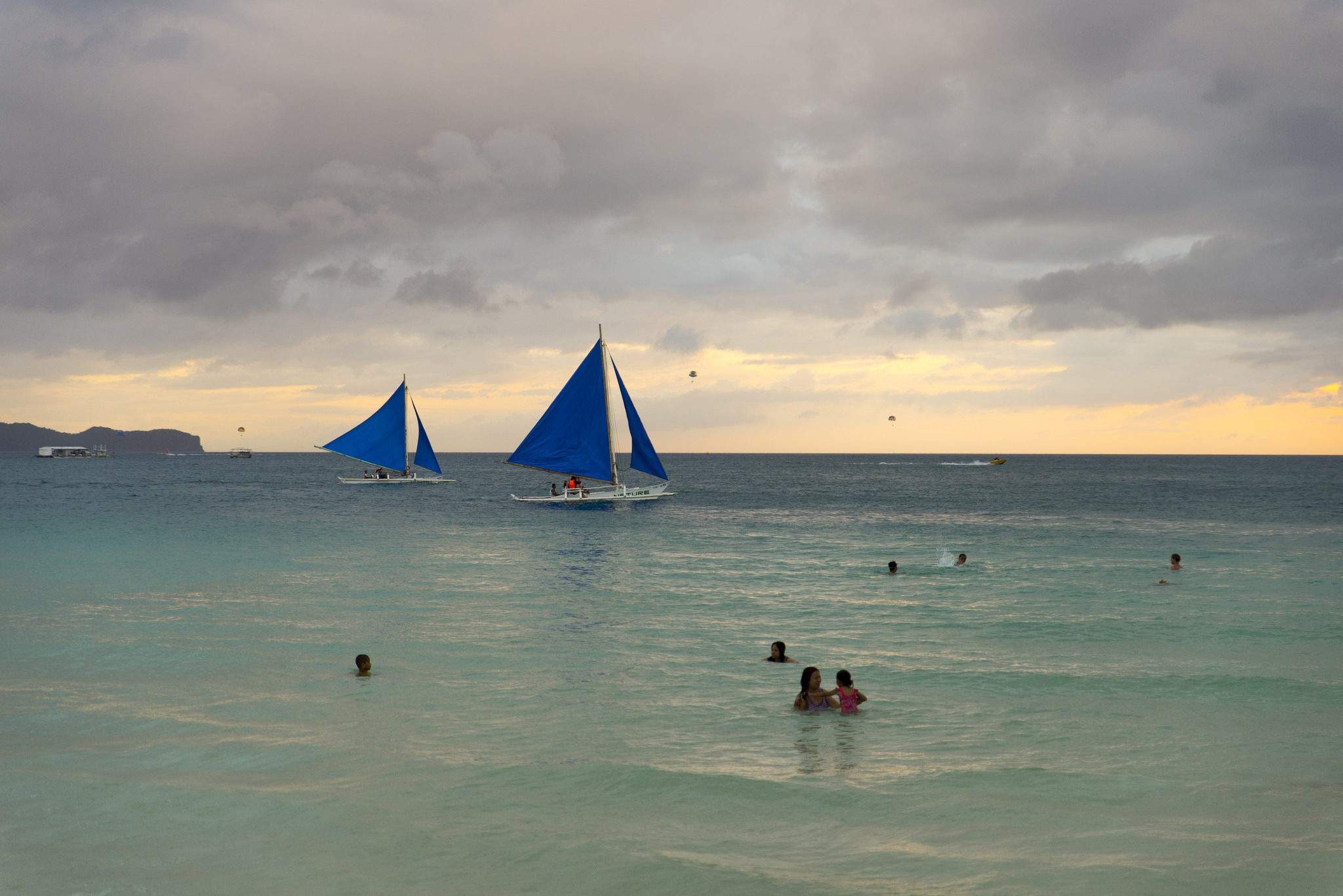 TBEX (Travel Blog Exchange conference) will return to Asia later this year, but this time it will be in Manila, Philippines. My professor and mentor P. F. Kluge – a novelist who has a penchant for telling stories of his adventures in the Philippines.  The way he would describe the country with so much love and admiration, it inspired me to add the country to my list.  I would love to experience it for myself, and to return with my own stories to tell. 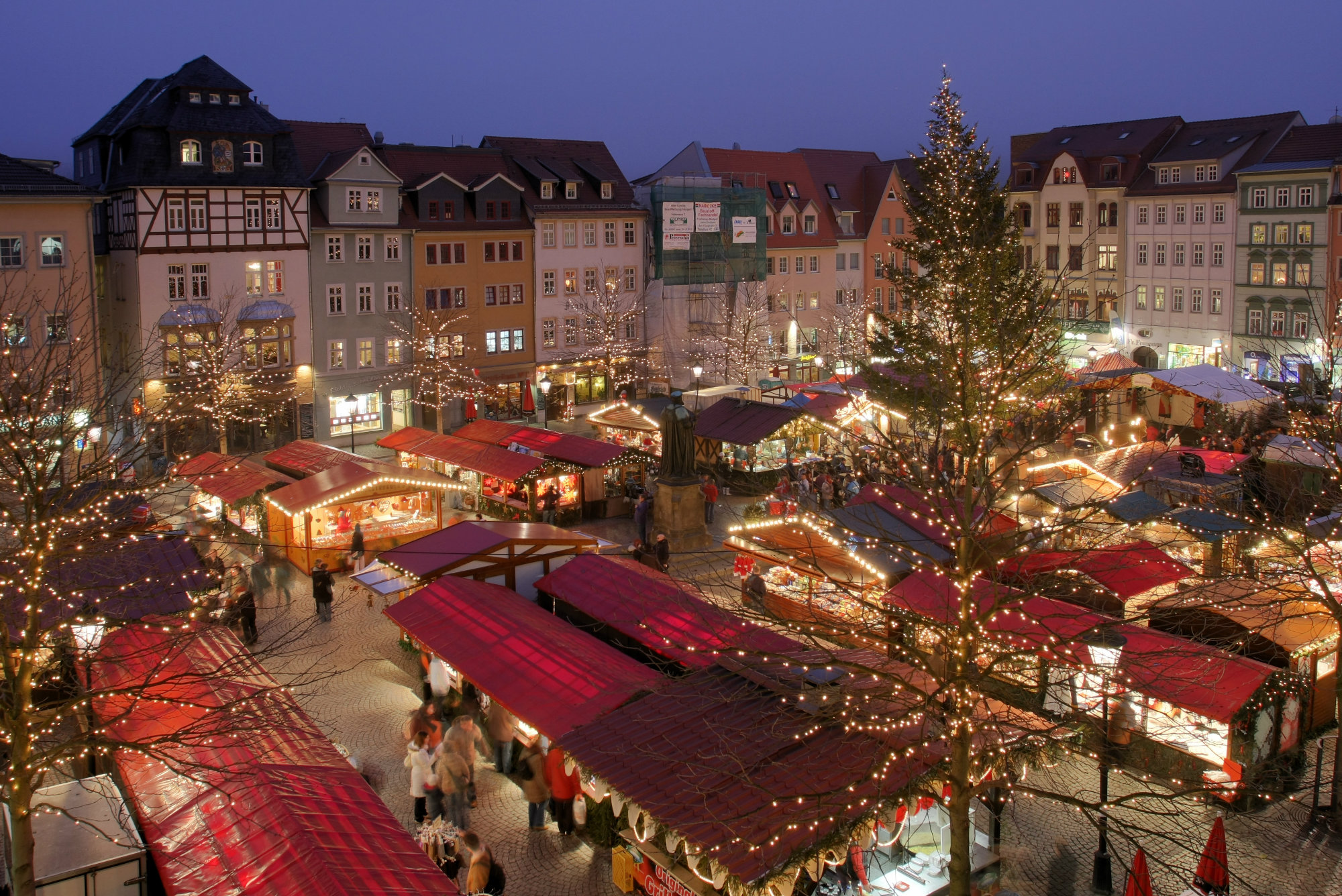 Most of the countries on my list boast warmer climates since I’m writing this after experiencing the latest cold snap.  Despite daydreaming of tropical locales I’ve added a colder destination on my list this year – the famous Christmas markets in Germany. I’ve long wanted to take a stroll beneath their twinkling Christmas lights while sipping on Glühwein, a traditional German mulled wine. I’d also love to take a Viking river cruise tour to some of the markets. Two birds, one stone – I could technically be back on a boat, and still cross off the Christmas markets. Or maybe I could create my own itinerary through Austria, Germany, and Switzerland.  I’d love to indulge in some winter sports in Austria. In addition to skiing and snowboarding, I recently discovered “fat tire biking” –  in which you bike through snow covered hills with specialized tires for the snow It would be a fun way to roll into the new year. 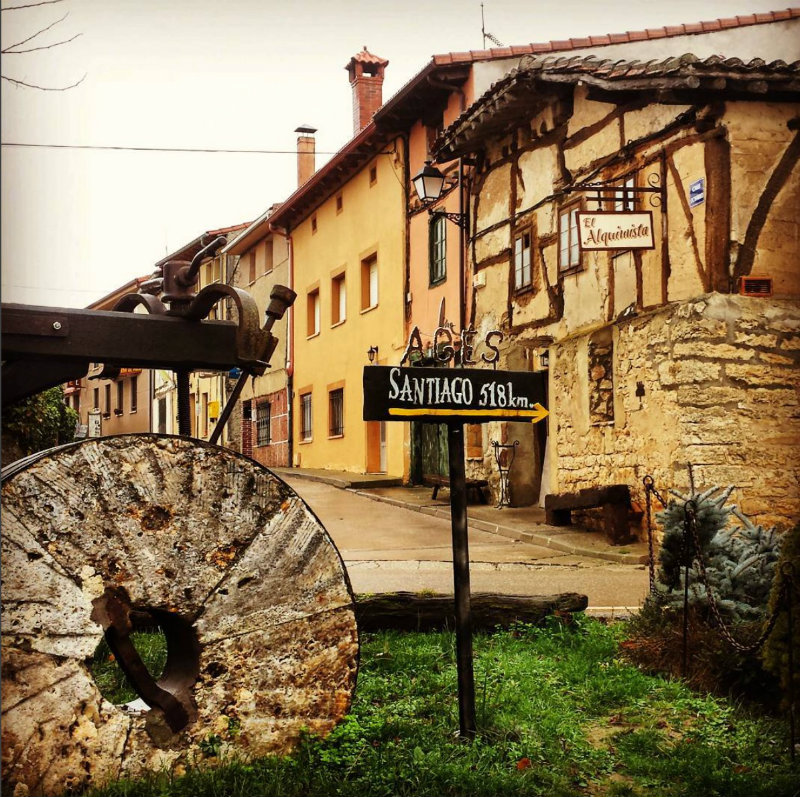 When I saw my friend Jamie embark on an epic Camino De Santiago journey with her girlfriend – it inspired me to start planning my own Camino Trek.  They left in the beginning of November, and hiked over a thousand miles on the “Camino Frances” (aka “The French Way”). While this is the longest route, it takes you through French cities like Condom and Burgette (Made famous by Hemingway) and over the Pyrenees.  They stayed in hostels and convents, and camped throughout the Spanish countryside.  In a little over two months, they finally made it to the Camino de Santiago!  I admire them so much: their strength and courage to embark on what was sure to be a strenuous, challenging journey. I’ve known other people that have trekked the Camino, but few attempt the entire route,  so the fact that they trekked so far is even more amazing. 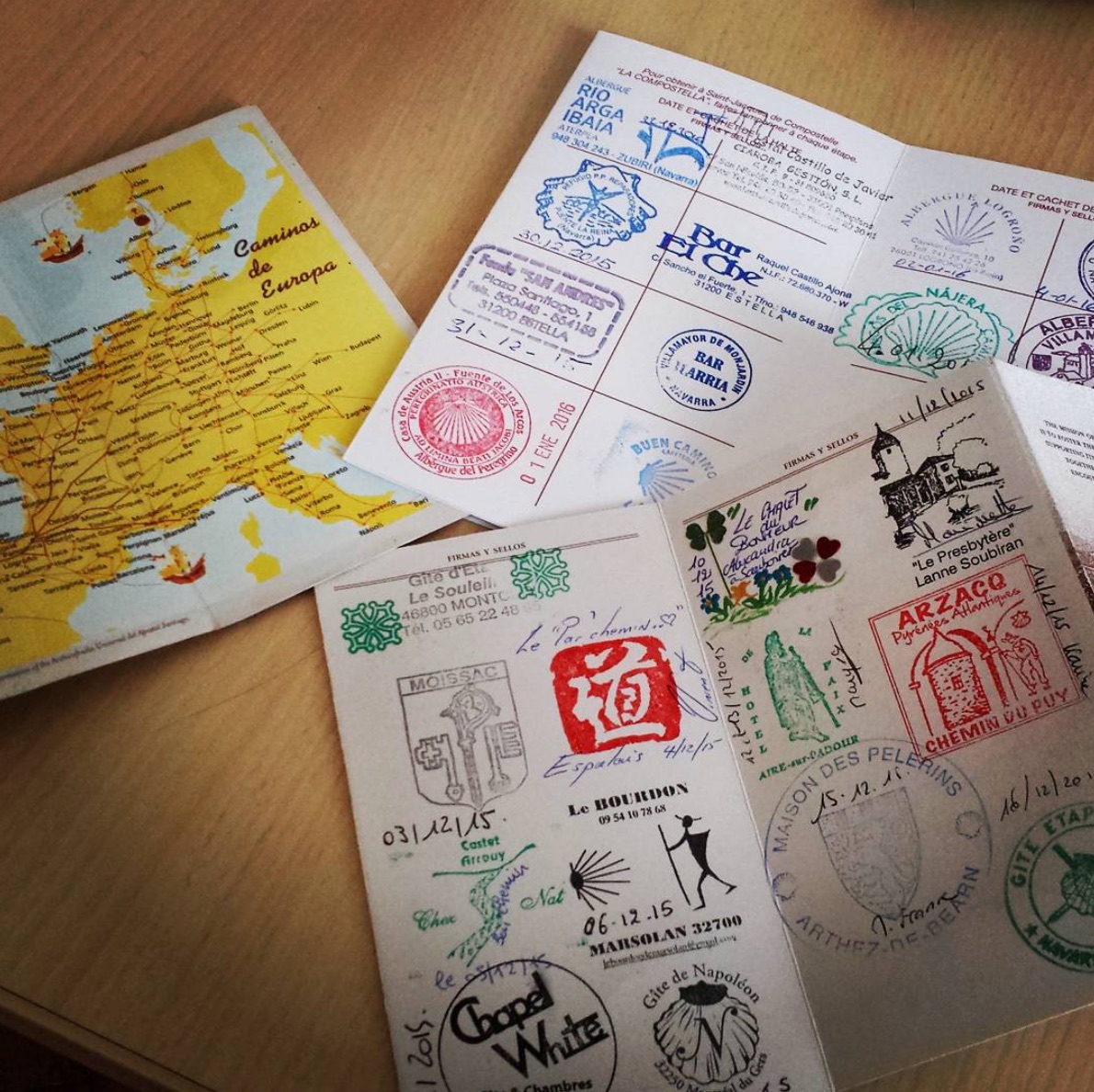 How cute is the Camino Passport? Photo credit by Jamie via Instagram

Since there are five main routes that lead to Santiago, I must say I am having a hard time deciding which one I want to take. I am partial to The French Way but it is worth mentioning the Via de la Plata (Silver way) which is supposed to be a beautiful route, or perhaps Portuguese Way by the sea. Each route has something to offer, but at least I have time to decide which one.  Have you hiked the trail?  Which route did you take?

What are your plans for 2016? Where do you resolve to visit? Share in the comments below!

2016, I’ve visited Thailand again in January with my parents, and South Korea in March. Planing to visit NYC in September before my move to Australia in October.